I was born and grew up in Long Island, NY. Specifically, in western Suffolk county where we pronounce it "Long Island", not "Long Gailand".

I attended St. Anthony's catholic high school, where I put the new start I was given to good use and made a lot of friends. I also rowed on the crew team for three of my four years there, which was a very rewarding.

For my undergraduate years, I went to a small liberal arts school, where I entered looking at a triple major in math, computer science, and philosophy. When it became obvious that all of the philosophy professors believed that nothing is true, I left it at a dual major in math and computer science with just a minor in philosophy. In college I joined the juggling club and learned to juggle, joined a ju-jitsu club and learned judo (long story), and did writing and acting for the sketch comedy group.

College is where I met my wife. Despite how many intellectual interests we have in common, we met in the juggling club.

In college, I had a really good math professor for about 5 of my classes and his enthusiasm proved infectious enough that applied to grad school and entered the doctoral program in math.

It was a wonderful department with wonderful people, and I had a great time, but I also discovered that academia is not for me. So I graduated with a Master of Arts in mathematics and started looking for a job in the area. I took various jobs to help me get by during my search for something real, and one of them turned out to be very fortuitous. I was doing part-time work as a GRE & GMAT instructor for Kaplan, when one of my students turned out to be a vice president (and co-owner) of the company I now work for, a small family-owned manufacturing business. After giving my introductory spiel at the beginning of class about how I was a programmer looking for work in the area, he gave me the CEO's email address and suggested sending him my resume.

I did and was invited to come in for an interview. The CEO and I seemed to hit it off, and I got along well with the other people who I spoke to, and was offered a job, which after a day of consideration I decided to take before I heard back from Prudential, where I had also just had an interview.

I definitely made the right choice. They say that 90% of your satisfaction at work is how well you get along with your immediate supervisor. I believe it; the owners form the upper management, and they're a genuine pleasure to work for.

In, 2005 my wife and I married after being together for over 5 years, most of it long distance, and I moved from where I was living to the state where my now wife was, where I continued to work for the same company, now remotely. Programming is very well suited to telecommuting, and it's been working very well so far. 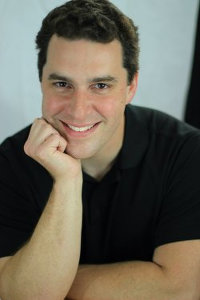